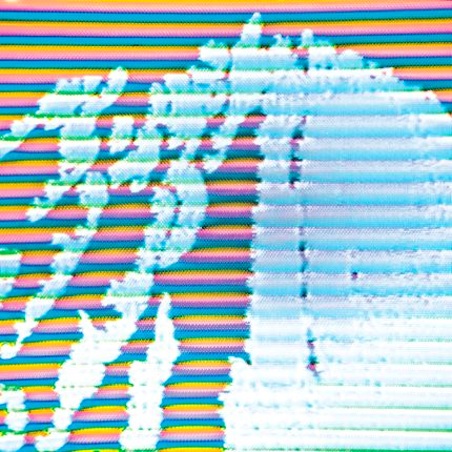 Peel back a layer of smog from the LA sky and fold yourself into the blanket of haze. The golden half-light catches glimmers that pass by most eyes. Up here, there are treasures for those who tune in. Matthewdavid operates In this magnetic cocoon, unspooling magic radiance. His music reflects beautiful, fleeting moments and magnifies them. Matthewdavid’s compositions float like crackling clouds, antenna amplifying the dreams of the city below.

Matthewdavid is a man who builds with warm tones. He travels new paths gathering sounds to enhance the intricate dimensions of his creations. It was this hunt for inspired trails and blazing progress that pulled him to California. Matthewdavid made the move from southern states and was immediately embraced by the Los Angeles community. A willowy figure with wide smiles, his gentle presence and generous talents made him a welcome addition to internationally applauded LA creative circles: dublab, Poo-Bah, Low End Theory and Brainfeeder. Constant collaboration with these collectives helped inspire Matthewdavid to a build a platform of his own. His Leaving Records label has an ear to the next and an eye on the original. Through all these outlets Matthewdavid is dedicated to sharing elevated sounds and visions.

The songs unveiled on Outmind are destined for infinite replay. Light, gauzy moments blend with those densely layered. The biggest swing gives way to the slowest sway. These are classic jams obscured in fuzz and fog. Nostalgic jeeps bump invisibly to thumping bass. Outmind was lovingly crafted and resonates with Matthewdavid’s heartfelt glow. His music’s mysterious simplicity sparks senses. These songs come from far out to resonate within. Rotate your dial to a space between frequencies. Catch these ghost channels of golden pop. Outmind blends familiar rhythms with those lost long ago and others yet to come.

Matthewdavid’s live performances are akin to watching a sorcerer conjure spirits from the deep. He pulls tones like artifacts from an astral trail that ebbs and flows with fresh discoveries. Along the way Matthewdavid collects exotic sound figures: spiraling amethyst cones and wild flowering buds. He treats each found sound like a bright fiber to be weaved into new waveforms. Outmind pulsates with this sense of constant discovery. It is a mosaic sparkling with mystic, radiant matter.

As you listen to Outmind set your ears to slow dissolve. Let yourself be wrapped in warmth and levitate skyward to an elegant high. This is the place Matthewdavid resides and if you want to get into the mindset you must get far far out out.